For the last three years, Hafsah Syed has been a behavioural aide and tutor to Ishaan Holloway. son of UCalgary Law dean Ian Holloway

As a child with severe regressive autism, Ishaan Holloway has accomplished what some may only dream of: being published in a magazine. Despite the challenges of being non-verbal and having significant motor-skill delay, the 15-year-old is on his way to becoming an advocate for people with disabilities. Ishaan has exchanged letters with both the Canadian prime minister and Alberta’s premier, as well as an essay on what it feels like to have autism, together with three poems that have been published in Great Britain.

“Ishaan is an exceptionally bright boy,” says Dr. Ian Holloway, dean, UCalgary Law, and Ishaan’s father. “You may not know this by looking at him, but as he says himself, because he can sometimes be vocal and loud (‘stimmy’ as we call it in the autism world), people assume that his mind doesn’t work. And that couldn’t be further from the truth!”

Ashleigh Mckinnon, a fourth-year nursing student and behavioural aide, echoes this sentiment. “Ishaan does not communicate the same as the average person and yet he excels at articulating his thoughts and feelings in a profound and comprehensive way. He is one of the most creative and fun-loving individuals I have ever met and is an example of someone with autism that, when given the chance, demonstrates exceptional levels of intelligence and understanding.”

Similar to Ashleigh, I had the privilege of working with Ishaan over the past three years. As one of his behavioural aides and tutors, I was truly amazed by Ishaan’s ability to comprehend and grasp complex topics. It has been an eye-opening experience.

In one particular instance, I was teaching him about the plight of Indigenous Peoples in Canada, considered a marginalized population. People with autism spectrum disorder are considered a vulnerable population, too, and in that way, Ishaan’s understanding and comprehension of this topic was unparalleled to mine.

In that moment, I became the student. I continue to learn so much from Ishaan and his family, in ways that will undoubtedly help me in the future as a paediatric nurse.

I recently spoke to Ishaan’s family and asked a few questions.

He is an exceptionally bright boy — and that is not just parental pride speaking. Our greatest pride is how far he has come academically. He spent several years in a special needs school, but even they seemed to equate a lack of speech with a lack of teachability. So even at the age of 13, they were still working on identifying the numbers from one to 10. Because he couldn’t say them clearly, they assumed that he didn’t know them. That year, we bit the bullet and started home-schooling him. And he has never looked back! After only two years of home school through the Phoenix Foundation, he is about to complete Grade 8/9 work. That is an amazing accomplishment. It hasn’t always been easy — either for Ishaan or for us, but we’re very proud of him.

What hopes do you have for Ishaan?

We want him to reach his full potential, whatever that might be. And to have a happy and fulfilling — and safe and secure — life.

What hopes does Ishaan have?

He has told us that he wants to become an advocate for people with disabilities. Ishaan has significant motor-skill delay so he has to type things out very laboriously, letter by letter. But he writes almost every day, and his work includes (in addition to the letters to the political leaders) poetry and essays relating to autism and special needs. In fact, he has had an essay published on what it feels like to have autism. And this fall, three of his poems have been published.

Ishaan Holloway has exchanged letters with both the Canadian Prime Minister and Alberta’s Premier, as well as an essay on what it feels like to have autism, together with three poems that have been published in Great Britain.

Do you think there needs to be more advocacy and/or support for people with autism?

Absolutely. One hundred per cent! As Ishaan himself wrote just this past week: “Regressive autism — thought to be equal to not being able to learn — is a myth. My condition prevents me from doing many things. My only request is to give people like me chances in life. By doing so, lives doomed to be forgotten can leave a positive mark in society."

As [parents of] a child with autism, what’s going through your mind(s) living through the COVID-19 pandemic right now?

It’s a combination of fear and frustration. The fear is the same fear as everyone else. The frustration is because so many of the things that were part of his education, like going to museums, swimming pools and so on, have had to be put on hold. And as every parent of a child with special needs will tell you, the ticking of the developmental clock is an omnipresent worry. Being significantly housebound is a challenge for us all, but it’s especially challenging for children with special needs.

How has your family’s experience been working with nursing students?

We’ve had a number of nursing students working with Ishaan over the years, and we have really come to value just what a good nurse can bring to Ishaan’s education and care.

What message do you have for nursing students?

Working with special needs children is not for everyone. It can be stressful — not just working with the child, but also with parents who are themselves stressed. And it demands both foresight and flexibility. But to the extent that resilience and toughness are essential parts of the tool kit of every nurse, it can be a tremendously valuable career preparation no matter what the field. It represents care on the front lines. At times, you will feel discouraged — just as we parents feel discouraged. But at other times, you will feel yourself learning and growing as a professional.

Does Ishaan have a message for nursing students?

In late April, he actually wrote a poem which sums it up pretty nicely:

Dark in the small disaster hospital they worked,
The nurses and doctors.
Trying to save every life.
Appliances hard to come by,
Takes a toll on their minds.
Yet they continue serving humanity,
Till each one is out of danger.
We owe the real heroes a dedicated thank you for life! 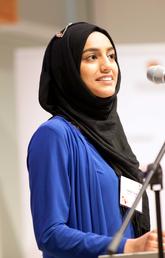 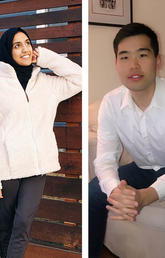 Student nurses reflect on adapting to 'new normal' during pandemic 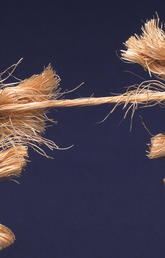 Pandemic contributes to burnout in caregivers of children on autism spectrum 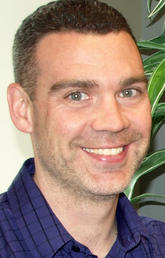