A Guide to First Nations History at the Calgary Stampede

Join artist Adrian Stimson as he presents his map, which highlights stories from the Calgary Stampede that are not often heard. Stimson de-colonizes the map by using Blackfoot ways of knowing, specifically the Bison robe winter count and pictographic style.

Calgary is the Stampede City. Since 1918, the annual celebration has brought together cowboys, fairgoers and First Nations to mark the high point of the summer.

The artist, Adrian Stimson, a member of the Siksika nation, has mapped the events using Indigenous ways of knowing, using pictographs in spiral and linear arrangements painted on a buffalo robe. The map serves as much to inform and remember as it does to decolonise and reclaim. To find a distributing location near you click the link below or request a map at cih@ucalgary.ca.

I was invited by the Calgary Institute for the Humanities at the University of Calgary to participate in the creation of a map that highlighted stories from the Calgary Stampede that were not often heard. Stories that focus on the sometimes-controversial histories of the Stampede yet are an important part of its legacy. Part of the discussion of creating the map was to indigenize the map.

After a process of research into maps, it was apparent to me that the maps we are so familiar with are a symbol and tenant of colonialism. I decided to de-colonize the map by using Blackfoot ways of knowing, specifically the Bison robe winter count and pictographic style.

The Bison Robe winter counts were created to record events in time; battles, warrior exploits, visions and specific events, they could be arranged in spiral, linear or snake like patterns. Single pictographs could hold an entire years-worth of stories. As well, the robes could be considered as maps; they were stylized abstracted depictions that depicted geographic features and places.

For the Stampede Story Map, I used a combination of the spiral and linear arrangements, layered on top of a map that depicts the Bow and Elbow rivers, which frame the Calgary Stampede Park. My intent is to play with notions of time, space and stories in the place called “mohkinstsis”. The map is ghosted; indicating the colonial overlay on indigenous histories and territory. The pictographs are either located on or close to the actual historical location; yet not always, this is to demonstrate that the physical nature of history often gets lost in time, that the land and earth evolve through time, that events in time often shift and become defined by generations that follow. I believe the chaotic nature of the story ‘map’ creates an ethereal more visionary story telling space.

Bison robes were often created by the warrior or the warrior might get an artist to create if for them. In this case the Department of Humanities, asked me to create the map and I determined that the Bison robe would be the best way to tell these stories. The Bison robe is now part of the U of C’s responsibility; to care for and to continue sharing these stories. The robe was often worn by the warrior in camp, I can imagine many warriors walking around the encampment, like encyclopedias, the robes held the knowledge and history of the tribe. Depicting art that is alive and vibrant, animated by the wearer and holder of these stories. 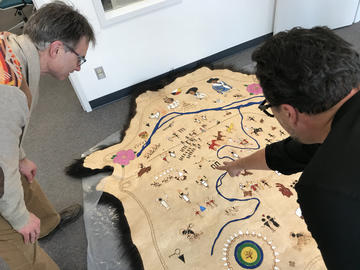 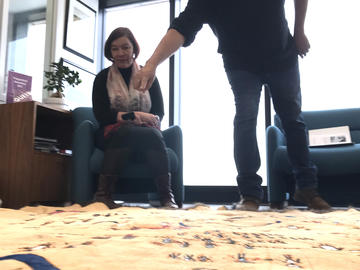 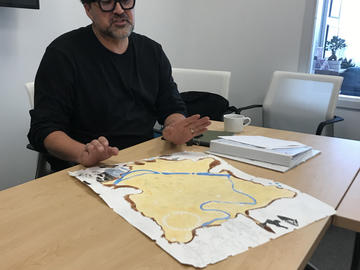 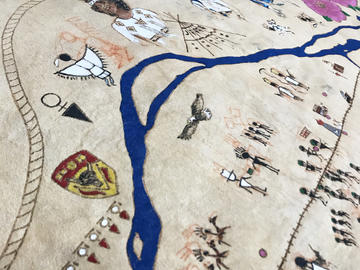 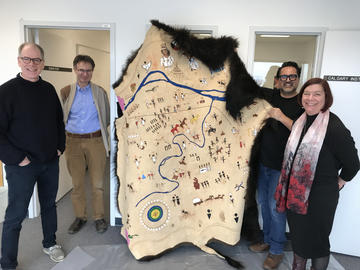 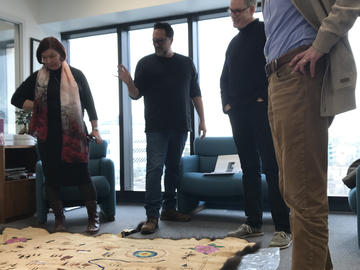 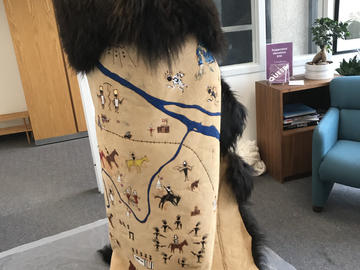 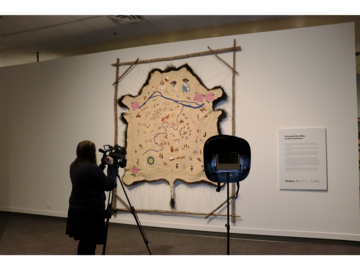 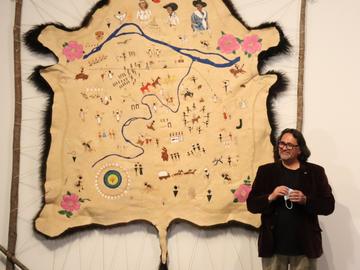 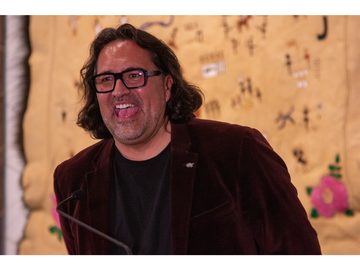 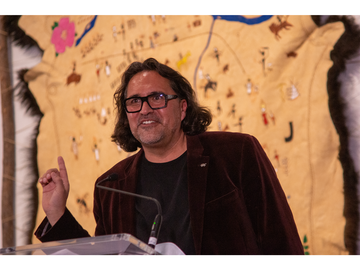 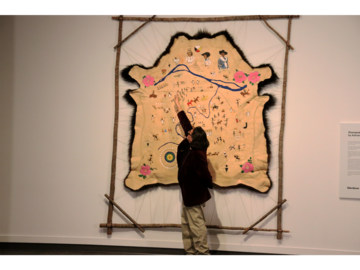 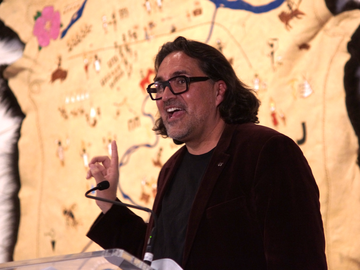 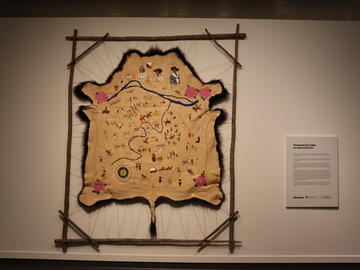 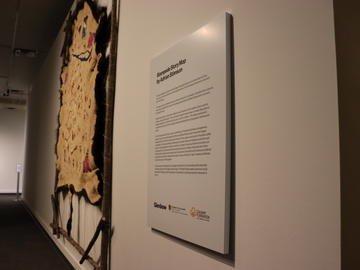 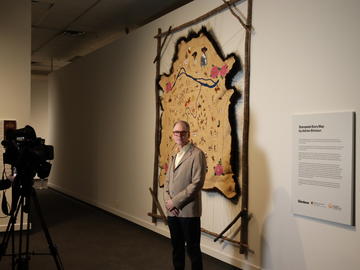 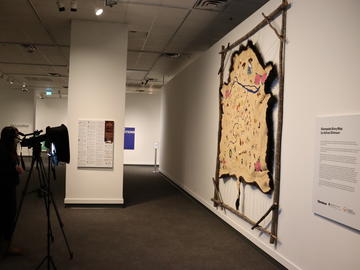 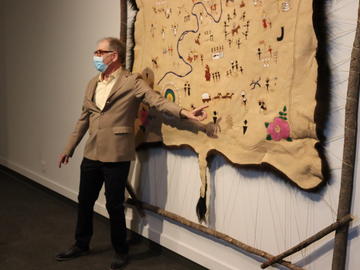 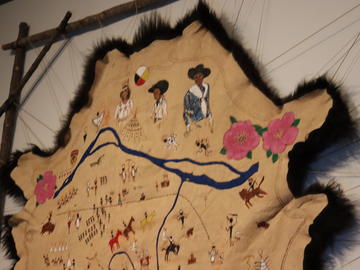 To pick up a printed version of a Calgary Atlas Project map please visit one of these local distributors.