Calgary’s labour history is extensive, diverse, and very much alive. In spite of its current branding as a city of rugged individualists, Calgary was built, literally and metaphorically, by workers who organized to promote the
common good and community well-being.

Along its central streets and at its peripheries, Calgary has a rich history of solidarity and struggle among working people. This map invites you to trace Calgary’s labour history in person. Some of the sites described still stand, while others must be imagined as they were – an exercise in seeing the familiar anew.

The legacy of this history is not in statues or monuments, but in values Calgarians have been committed to for generations. When you demand public access to quality education, to health care, to housing, to fair treatment by employers, and to an equitable distribution of wealth among those whose labour ultimately produces it, you are continuing Calgary traditions as old as the city itself and vital to its development and success.

Workers Stand Up: A Calgary Labour History Map is now available from local bookstores across Calgary. 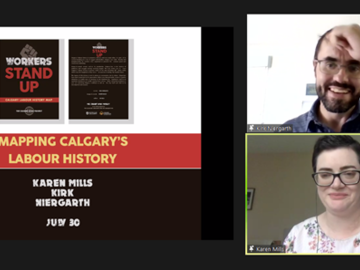 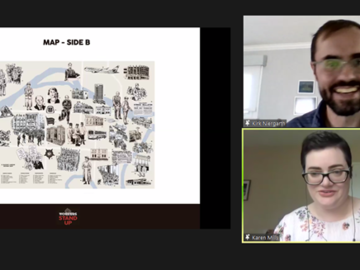 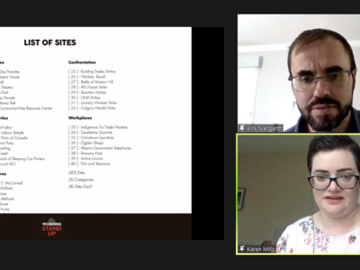 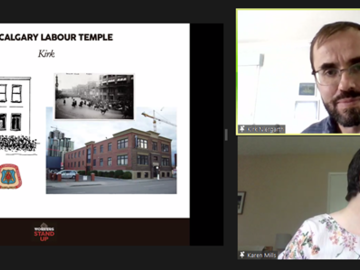