Congratulations to the 2022-23 CIH Resident Fellows

The Calgary Institute for the Humanities is proud to announce the recipients of our 2022-23 Resident Fellowships and Graduate Student Fellowship. These awards recognize the excellence of the recipients' research projects and their scholarly accomplishments.

Our incoming fellows come from a range of disciplines in the Faculty and their work demonstrates the great diversity and strength of humanities research. We are grateful to our community of donors and to the Faculty of Arts for making these awards possible and allowing our scholars the time to focus on their research.

The Colonizer Who Refuses: René Vautier and the Horizons of Solidarity

In the 1950s and 1960s, René Vautier was the only French filmmaker known to have documented the social and economic vicissitudes of revolutionary Algerian society. Over the course of the Algerian War, he established the Front de Libération National’s film unit, trained key Algerian filmmakers, recorded the first-ever combat documentary, L’Algérie en flammes (1957), and collaborated with Frantz Fanon on a film about the war’s traumatic impact on Algerian children, J’ai huit ans (1962). Following independence, Vautier aided in founding Algeria’s film industry, and administered two ciné-vans across hundreds of locations to project pedagogical films for the nation’s peasantry. Yet despite his crucial importance as a film artist and educator, Vautier’s work has almost vanished from orthodox Anglophone film scholarship. This research project will examine Vautier’s filmography in its broader institutional and biographical contexts.
I will explore how Vautier’s alliance with the FLN remained a precarious one, marked by collisions of ideological orientation and communicative double binds. Caught between the application of a set of values borrowed from the resistance and a colonial situation that required new ways of knowing, Vautier confronted the horizons of solidarity.

Abū Bakr al-Bāqillānī (d. 1013 CE) was one of classical Islam’s leading scholars; his thought played a key role in the formation of Islamic thought. While scholarship has addressed his contributions to individual disciplines, the overarching themes that characterize his work have gone unexplored. As this project demonstrates, the most prominent idea that runs through al-Bāqillānī’s oeuvre is a concern with establishing the status of the Qurʾān as clear and comprehensible to its human audience. This concern stems from the recognition that establishing the stable accessibility of Qurʾānic meaning was of great importance for a tradition in which the Qurʾān is a central source of authority. By establishing that the Qurʾān’s meanings are accessible to its human audience in methodologically rigorous ways, al-Bāqillānī places the institution of Islamic thought on a firmer theoretical foundation. This project contributes to interdisciplinary understandings of Arabo-Islamic thought and its approaches to language and communication.

Norman Consolidation and Communication in Kent

Normanization of the English landscape after the Conquest of 1066 included a widespread building program, destroying Anglo-Saxon cathedrals and replacing them with dominating Norman structures. This development has been studied as a vehicle of colonisation and legitimation on a grand scale; however, the same rebuilding can be seen on a more thorough level across the countryside with the rebuilding of parish churches at all nodes in the transportation and communication network. This made Norman rulership omnipresent at the local level. This development can still be seen in the rural churches in the bishopric of Rochester, many of which were rebuilt during the episcopacy of Gundulf, the first Norman bishop there. This study aims to recover the range of local landscape control in the bishopric of Rochester, thereby piloting a local history study with national implications for England and possibly for other areas of Norman dominance such as the medieval Mediterranean.

Breaking the Glass Pulpit: Women Preachers in an Age of Silence

Medieval scholasticism defined preaching as a sacerdotal/male office. But did this mean medieval and early modern women in western Europe never preached nor gave sermons? My research establishes that women did preach in various ways. It shows that nuns and laywomen (e.g., Umiltà of Faenza (d. 1310); Chiara of Rimini (d. 1324); Juana de La Cruz d. 1534; Stefana Quinzani (d. 1530) gave sermons in convents and publicly in churches and secular courts. My study argues that medieval sermons were more nuanced than contemporary scholarship recognizes; in so doing, this project illuminates the misunderstood context of female preaching. It re-evaluates pre-modern attitudes toward learning, gender and authority, demonstrating that women as preachers played a pivotal role in medieval education and the devotional life of men and women in premodern Europe.

Situated as an activist-scholar and small-scale farmer in Moh’kinstsis (colonially known as Calgary in Southern Alberta, Canada), my experiential doctoral research will engage with regenerative growing practices to enhance local food resilience and foster more socially inclusive spaces that are decolonial in nature. To support movements of resistance to male-dominated industrialized agro-food systems, this work will strengthen scalable agrarian alliances through a community-based participatory research (CBPR) approach. Within a CBPR framework, the questions, objectives, methods, and hopeful outcomes have been developed in collaboration with key counterparts. Our central research question asks: How and to what extent can community-driven food networks regenerate the land and relational fabric of society? Combining hands-on growing with farm tours, learning walks, sharing circles, and storytelling, I will work alongside citizen researchers to build capacity in urban agriculture as a tool for wider social transformation.

You can follow the work of our current Calgary Institute for the Humanities 2021-22 Resident Fellows on the CIH website. 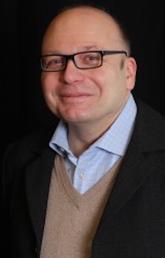 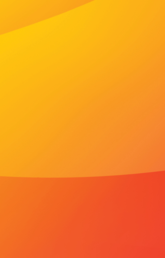 In the News: Brill | Over three centuries of scholarly publishing