Brian Hanley, a graduate student in the Department of Philosophy, has had his first paper accepted for publication. A pre-print of the article “What Caused the Bhopal Gas Tragedy? The Philosophical Importance of Causal and Pragmatic Details” can be downloaded for free on the Phil-SciArchive at http://philsci-archive.pitt.edu/17604/.

The Bhopal disaster of 1984 was a gas leak at a pesticide plant in Bhopal, Madhya Pradesh, India, and is considered one of the world’s worst industrial disasters. In his paper, Brian argues that analysing the pragmatic details about the important causes of the incident can “illuminate causal reasoning about disasters, and shed new light on causality and causal selection.”

This first publication will serve as what Brian likes to describe as the “molten core” of his dissertation. Brian persisted in developing this paper, despite a painful early rejection from an important conference, by presenting it as a symposium paper at a American Philosophical Association Central Division meeting. From his fellow philosophers, he received the feedback and confidence he needed to further expand on the paper’s core strengths. He continued to work on it—with the help of supervisor Dr. C. Kenneth Waters, fellow graduate student Ananya Chattoraj, and other members of his academic cohort—to add the further detail and clarity the previously rejected paper needed. The result is a forthcoming article in a significant journal in the philosophy of science. 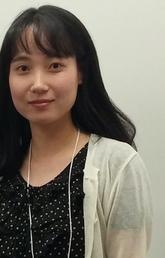