The School of Creative and Performing Arts Drama (SCPA) professor and award-winning playwright Clem Martini’s latest play, Cantata (Rumours of my Crazy, Useless Life), was nominated for five Betty Mitchell Awards. The awards recognize excellence in Calgary’s professional theatres. Cantata is a dramatization and fictionalization of Martini's experience as a caregiver for a brother with schizophrenia and a mother developing dementia.

"My character’s journey in Cantata had one of the most emotional and exasperating arcs that I have ever experienced," says Lang. "Trying to navigate the medical health system with family members who desperately need help but won’t accept it was like juggling knives while blindfolded and on a roller coaster. An actor’s dream!

"I’m so glad that Clem poured his heart and soul into this play and that our peers thought it and its players to be worthy of recognition as among the best in Calgary theatre."

Not only is the show semi-autobiographical and based on Martini’s life, but it’s also partially, and along with fresh material, an adaptation of the book that the two brothers wrote, The Unravelling: How Our Caregiving Safety Net Came Unstrung and We Were Left Grasping at Threads, Struggling to Plait a New One. The book is a memoir, told through illustrations and text, exploring similar themes that the show touts.

The Unravelling won the Alberta Trade Fiction Book of the Year Award in 2018 and was shortlisted for the W.O. Mitchell Book Prize in the same year. Cantata won the 2021 Theatre B.C. National Playwriting Competition, and was one of the three finalists for the Gwen Pharis Ringwood Award for Drama in the 2021 Alberta Literacy Awards.

“Cantata was one of the most challenging pieces of theatre I’ve ever written — and at the same time one of the most rewarding,” says Martini. “The play offers a very personal perspective on mental illness, family caregiving and dementia; and given the vastitudes of Covid times, it felt like it might be impossible to ever stage. Theatres were closed. Actors took ill. Audiences were rightfully cautious about attending.

"But somehow, finally, the stars aligned, the show was produced and the theatre filled. I was so lucky to work alongside the talented folks at Sage Theatre, who remained determined to see the play produced, Rod Squance who from the beginning was committed to performing his beautiful score for the piece, and the actors who loved the script and were unwavering in their commitment to see it brought to life.”

“As one of our many celebrated faculty members, Clem is a veteran of the awards circuit. But I know that Cantata is a particularly meaningful project for him, and it’s wonderful to see it honoured in this way,” says Bruce Barton, director of the School of Creative and Performing Arts.

"The production is, in a sense, a real community project for the SCPA, with nominations going to current and emeritus faculty members, as well as one of our many valued graduates. It’s a good year, and it’s a great night, for the School.” 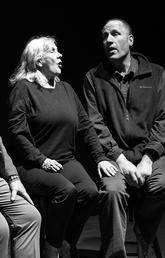 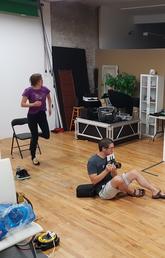 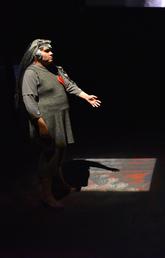 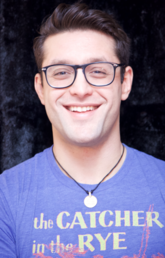