Arts alumni are an accomplished crew. They have great advice for students and fellow graduates, and know that arts degrees teach skills that are sought-after in the professional environment.

Jonathan has played many roles. He is a columnist for the Calgary Eyeopener on CBC Radio One, a community arts ambassador and a marketing strategist for Mount Royal University Conservatory and the Taylor Centre for the Performing Arts. In addition to voicing and producing videos, commercials and cartoons with his company ToonVox Media, he performs regularly with the Calgary Philharmonic Orchestra and Edmonton Symphony Orchestra. On-screen, he has worked with visionaries like Ang Lee (Brokeback Mountain) and Kevin Costner (Open Range) and has appeared in many television productions. He has also enjoyed 25 years of singing songs for people as a founding member of Calgary’s comic a cappella group, the Heebee-jeebees.

What is your favourite University of Calgary memory?

I could say it was the genesis of my band, the Heebee-jeebees, the countless collaborative musical and dramatic projects that defined my two degrees… but my favourite UCalgary memory is undoubtedly meeting my wife. “Marrying-up” has set the rest of my life on track, and like the rest of this list, it all began in the rehearsal studios of Craigie Hall.

We auditioned for a show called The Captives; an unproduced play by Sir Edward Bulwer-Lytton. We brought the production to Bulwer-Lytton’s ancestral home, Knebworth House in England for its debut as a part of a conference at the University of London. We played the leading couple whose love story was the crux of the Victorian comedy since my character fell in love with a “poet’s dream of woman” who was above his station. It was clearly a case of art imitating life. Under the direction of Dr. Barry Yzereef, we staged our characters’ wedding at the finale and chalked our authentic performances up to ‘stage chemistry’. A year later, we started dating, then staged our own well-rehearsed wedding, and have gone from being co-performers to co-producers with two amazingly creative kids.

What was your favourite campus hang out spot?

It would be too obvious to say that I felt most at home onstage at the University Theatre, Reeve Theatre or the Eckhard-Grammate Hall, so I’ll confess that my favourite hang outs were the Grad Lounge or the Olympic Oval

The former was a great place to meet, have the occasional directing class, and hear some music by some UCalgary based bands. The latter was a quiet, less-crowded place to grab a coffee and read my endless list of English literature to the sounds of the speed-skating strides.

If you could give one piece of advice to a student completing the same degree that you did, what would it be?

Pair your creative learning with some entrepreneurship from the get-go. Creative careers involve a lot of hustle as well as talent. To hone one without the other means you have some catching up to do later.

My arts degree taught me how to think, express myself, and connect with others. The network that I maintain with UCalgary peers has helped shape many of the opportunities I’ve had to construct my career.

How has your career evolved?

I feel I’ve always told stories - just on different stages. Whether I’m embodying the subject of the story on stage or screen or writing/marketing a student success story, the same rule applies… know your audience. I’ve been fortunate to find many avenues to reach audiences and pleased to have a voice that they want to listen to.

What is the best thing about your job?

I enjoy the creativity and the people involved in my job. I’m collaborative by nature and there’s nothing better than leading a team of creatives to build a campaign, generate engaging content or produce a recording or performance.

How did your arts degree help you get to where you are now/your current career?

My arts degree taught me how to think, express myself, and connect with others. The network that I maintain with UCalgary peers has helped shape many of the opportunities I’ve had to construct my career.

Do you have advice for students looking to pursue a similar career path?

Be flexible and adaptable.

Trust that, if you operate with talent, drive and integrity, the next gig is coming.

The world needs your skills. Sometimes it’s not in the way you planned. As an artist and communicator I’ve evolved. The goal started out to be in the spotlight to connect with an audience, but those same skills can be used to put an issue, initiative or a cause in the spotlight in a way that’s equally as fulfilling. 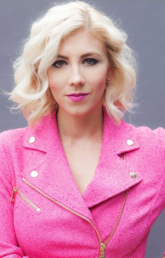 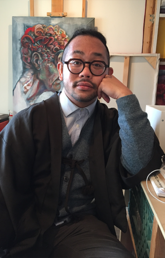 In the News: UCalgary Alumni Magazine