Monday, April 23 was a spectacular “full-on muddy” day for Edwin Cey and Alex Hughes. The University of Calgary associate professor and graduate student in the Department of Geoscience spent the not-too-hot-not-too-cold sunny day knee deep in a muddy, water-logged farmer’s field on the outskirts of Lethbridge.

“You get stuck and you fall,” says Hughes, a second-year grad student studying hydrology, who sloshed around in waders and rubber boots — while precariously balancing a laptop — to measure water levels. “But it was glorious! There was no wind, no bugs. And luckily, we didn’t drop any equipment. It was one of the most fun field days we’ve had.”

With record winter snowfalls still melting and a growing number of overland flooding alerts issued for various parts of the province — not to mention the approaching fifth anniversary of Calgary’s epic 2013 flood — water is on a lot of Albertans’ minds.

“We never really seem to have the right amount,” says Cey, a hydrologist who studies groundwater recharge, the process of precipitation and surface water moving downward into the groundwater. “We tend to worry about too much, meaning flooding, or too little, and it’s a drought, and here in Alberta, it can very quickly transition between those two extremes.”

Cey and Hughes were visiting one of multiple field sites near Lethbridge, Calgary, Innisfail and Rosebud/Standard where instruments are set up to measure snow, surface and groundwater levels, evapotranspiration, solar radiation, soil moisture and more.

The field sites are part of GRIP — Groundwater Recharge in the Prairies — a project led by UCalgary professor Masaki Hayashi in the Faculty of Science's Department of Geoscience, with contributions from several other faculty, as well as a team of dedicated master's and PhD students, postdoctoral fellows and technicians.

The large integrated project, now in its fourth year, also includes lab experimentation, such as studying frozen soil infiltration, as well as a climate aspect, with contributions from the Department of Geography. Funded by several provincial government departments through Alberta Innovates, the planned seven-year project aims to understand the direct connections between surface and groundwater in the prairies.

“What happens on the surface really controls how much of that water gets into the ground and vice versa,” says Cey. “What happens in the subsurface also dictates how much runs off in the spring.”

Cey grew up on a farm in Saskatchewan and feels a deep connection to soil and water. “That’s why I love this GRIP project,” he says. “Alberta Agriculture cares about it because they want to know more about soil moisture and what that means for crops. Yet Alberta Environment wants to know what that means in terms of large-scale water management decisions and licensing and things like that. So it has a lot of practical applications.”

In an extended interview, Cey and Hughes talk about this spring’s snow melt, overland flooding, and the importance of measuring it all for the GRIP project.

Here are some highlights from the longer Q&A conversation:

On this year’s heavy snowfall: “If you have a lot of snow later in the season, it can create the overland flooding situations, like what we’ve been seeing in Taber. And with Taber being in a flatter area of the province, there is not as much capability for depressions to hold that water. So then you see a fair bit of runoff,” says Cey.

On the overland flooding: “While you certainly never want to see people and communities flooded, from our perspective as hydrologists, wetter years, like this one, can help replenish our water resources. This is groundwater recharge in the prairies,” says Cey.

On the GRIP results so far: “Going into this project, the province had a map of recharge, but it was really based on very rough guesses derived from precipitation and evaporation measurements, and the province was very cognizant of that. Our GRIP data, so far, shows there is probably much less water recharge, at least in certain areas of the province, and that the recharge is not uniform,” says Cey.

Looking ahead: “It’s not just about the flooding, the drought situation could be just as bad — especially in this province and the arid region that we are in,” says Cey. “In recent years, it has been a wetter period, but it’s not necessarily going to be wetter forever. Now, it might be. Is that a result of climate change or is that a result of short-term hydrologic variability, which is natural? It is difficult to separate those two processes.” 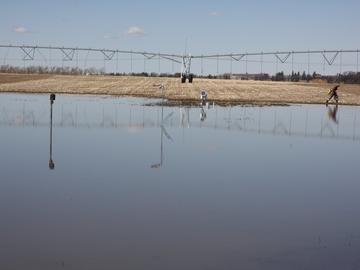 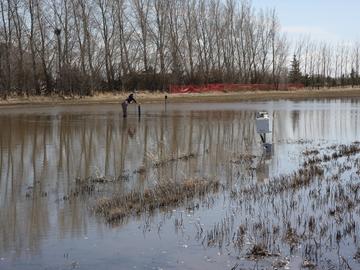 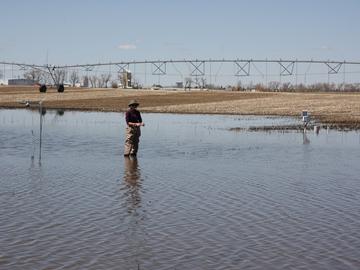 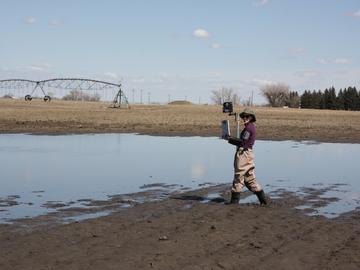 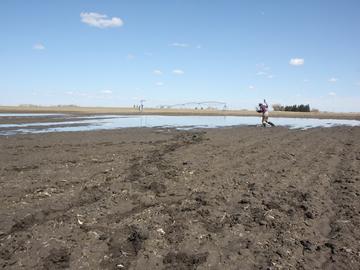 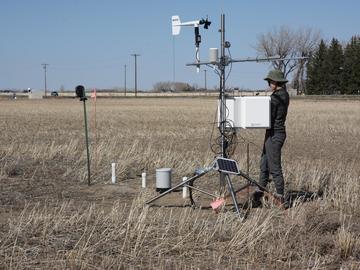 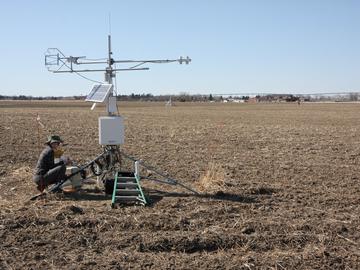