Why the homebuilder and UCalgary precision health philanthropist keeps giving

Cal Wenzel recently made a new gift of $16 million to advance precision health at UCalgary, for a total of more than $20 million in contributions. Courtesy Shane Homes

“Business has treated us really well in Calgary. We make a living in Calgary so we believe that is where we should be giving back,” Wenzel says.

The $16 million is part of  Wenzel’s cumulative giving of more than $20 million to fund many precision health projects and other research at the CSM. For example, the Cal Wenzel Family Foundation, led by his wife, Edith, has championed liver research through the Cal Wenzel Family Foundation Chair in Hepatology. Liver scientists note this Chair is one of a very few of its kind in the world because of the stigma attached to liver disease and the incorrect presumption that it is self-inflicted.

That makes it challenging to raise research money. The gift was instrumental in supporting a UCalgary discovery that a commonly used antidepressant protects against a serious autoimmune liver disease and may lead to new treatments for other autoimmune diseases.

The foundation’s gift to fund CSM’s International Microbiome Centre research on the gut microbiome and diabetes helped researchers show how mothers’ microbiota affects babies before birth. They also identified three specific bacterial species that may protect against Type 1 diabetes development; they’re now identifying how and why.

A second UCalgary team supported by the Cal Wenzel Family Foundation is demonstrating that a prebiotic fibre can help children with Type 1 diabetes improve their gut microbiome — with important future implications for diabetes management.

“These researchers make all these amazing discoveries and they put it in a medical journal, but not everyone knows about it,” Wenzel says, with passion in his voice. “It will maybe make it a reason for other donors to help.”

There is a connection to asthma in Wenzel’s immediate family, which is why his foundation supports the Alberta Children’s Hospital Foundation Chair in Paediatric Respirology. The funding for the Chair recently helped open doors to bring cutting-edge MIBI technology to Calgary. The highly sophisticated Multiplexed Ion Beam Imaging equipment is one of only two in the country. It has the potential to revolutionize understanding and treatment for asthma and other diseases through precision pathology.

Wenzel’s foundation has also funded research in high blood pressure conditions during and after pregnancy, thyroid cancer, rheumatoid and other inflammatory arthritis, and diabetes management for people experiencing homelessness.

Wenzel, who is CEO of Shane Homes, says he built the company on work ethic and strong relationships. As a young man, his family couldn’t afford to send him to university, so he worked his way up to a director role at a Calgary trailer company, learning marketing along the way.

In 1979, when that company shut down, Wenzel saw his chance. He knew about homebuilding from his father, a mechanic and carpenter who had leveraged the energy of his teenage sons to help construct and sell a few houses. Cal Wenzel decided to start Shane Homes, naming it after his own son, Shane, then seven, who is the company’s president today and one of several family members who help lead it.

Wenzel still gets up at 5 a.m., spending his mornings at the office near Deerfoot Trail and afternoons working from home. As for any retirement dreams? Not a chance. “And do what? Even when we’re on vacation, my wife asks, can you sit still for even half a day? No, I’d get bored to tears,” he says with a laugh.

One cause is particularly near and dear to him. For the past 25 years, Shane Homes and its partners have participated in the Willow Park Charity Classic golf tournament, generating more than $3 million in cumulative giving. The event supports a different Calgary charity each year.

Wenzel has never been afraid to nudge others to give, joking that his trades and suppliers — many of them partners for more than three decades — have come to expect a call if they do not respond on time. He says he personally spends about 200 hours a year working the phones to drum up support for the event.

For two decades, he and Edith, their children and grandchildren have helped others on Christmas Day. They visit local shelters passing out red stockings — hand stuffed with toiletries, mitts, toques, socks, $10 Tim’s gift cards, Christmas treats and small gifts, to name a few — to Calgarians experiencing homelessness.

Giving has simply always been central to the family’s traditions and values, Wenzel says. “My folks were not wealthy at all, or anywhere close to it, but were quite religious. If they had an extra dollar, that would go in the collection plate on Sunday. They always did what they could. What they lacked in money, they made up for in all the other things and my brother and I had a real good family life.”

Oh, and if you get the chance to visit New York City’s Central Park, keep your eyes peeled for a bench bearing an inscription with a Calgary — and Cal connection — one that says a lot about the plain-spoken and generous man. It was a gift from his family for his 70th birthday and reads:

If you have money and you don't spend it, you might as well be broke. 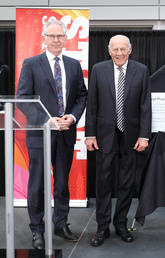 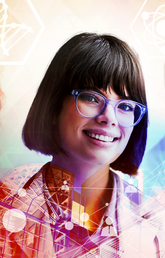 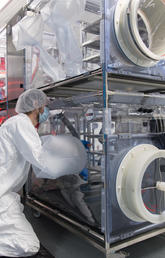 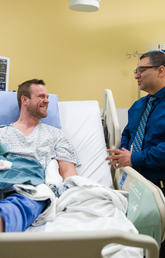 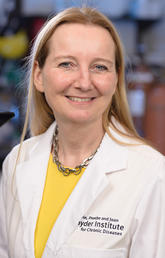