Scott Cruikshank, for the Olympic Oval, Faculty of Kinesiology

But eventually an X was marked to the west of the University of Calgary's Faculty of Kinesiology complex. There — in an opening where there had been tennis courts and the Dinos' football practice field — the first covered speedskating oval in North America would be constructed.

It turned out to be a remarkable structure. With the $40-million price tag, with the university managing and operating the facility, it was tabbed for a bright future beyond the 1988 Olympic Winter Games.

"It was supposed to be, 'Let's make this place work for 20 years,'" says Mark Messer, ice-maker at the Olympic Oval since its 1987 opening and current interim director. "It was built as a 20-year building."

A landmark in the city

The Oval, enduring longer — much longer — than projected, has never disappointed.

Hosting some of the finest speed skating events, featuring “The Fastest Ice in the World,” serving as training ground for national teams from around the globe, providing access to students and skaters of all skills, the facility has thrived — and continues to do so.

Sept. 27 stands as the 35th anniversary of the Oval.

If that's not impressive enough, know this — a new concrete floor would significantly extend its life expectancy. "I'd say 30, 35 more years," says Gregg Planert, high-performance competitions co-ordinator at the Oval. "The structure is amazing, how it was built. It's built to last, that's for sure."

A landmark in the city, its deployment includes more than long- and short-track speedskating. The 150,000 square-foot centre has been home to national teams for women's hockey and cycling, major ice-out national championships (i.e., judo, taekwondo, volleyball and gymnastics), to car shows and science fairs, to an array of Dinos varsity sports.

Victim of our own success

Mulling potential improvements, Messer mentions increasing the number of dressing rooms. The place remains that popular. "We've been way more successful than what we were built for, so we need more room for more public to be in here," he says. "We've been a victim of our own success."

Textbook has been its transition from Winter Games venue to integral feature on the local sporting landscape.

The Oval's ice schedule reveals the broad range of appeal.

Oval’s legacy is for everyone

“The Olympic Oval has a magnificent legacy as a resource for everyone — from elite Olympic-bound athletes to brand-new skaters taking their first strides. The Oval is a fundamental part of not only life on campus, but also the wider community of athletes and recreational users,” says Dr. Ed McCauley, president and vice-chancellor.

“This is why an Oval redevelopment plan is one of UCalgary’s top priorities, so we can renew this vital piece of infrastructure and build on the important competitive and community benefits it provides, thus ensuring the legacy of the Oval continues long into the future.”

Too, top-flight competitors grace the 400-metre track, where more than 300 world records have been set. In December, Calgary hosts two weekends' worth of World Cup speedskating action.

Over the decades, this has been the well-grooved routine — community and student access, plus elite showcases. It's the definition of a legacy facility.

Fixture on campus, the city and abroad

This happens to be a sentiment shared by the International Olympic Committee and the International Skating Union — that the Oval is a blueprint for sustainability, according to Messer, who regularly lends his ice-making expertise to the hosts of Winter Games.

"The last few Olympics, when we go into the planning stage, we look at legacy right from the very start — 'What's this building going to be after the Games?'" says Messer. "We're a legacy example that the IOC has cited many times. The ISU (often mentions) the fact that we hosted the Winter Games in 1988 and we're still holding world championships."

Instrumental in determining the Oval's location, direction, and enduring reputation was Dr. Roger Jackson, UCalgary's dean of the Faculty of Kinesiology, 1978-88.

"The success of the Oval is incredible,” Jackson said the other day. “The Oval has been and is a marvellous facility, supporting sport and recreation for our community, high-performance sport and university students and staff. It has met all our expectations.”

With no expiration date, with more anniversaries to come, the facility remains a fixture on campus and in the city, on the national and international racing scene. And, somehow, it's still appealing.

"Even today, when you go into that building, I don't think it ages," says Mark Greenwald, former director. "A lot of buildings, over time, they start to look old. But there's something about the Oval. It never looks old to me. It always looks fresh."

As part of the anniversary celebration Tuesday evening, members of the public are encouraged to Skate Like it’s 1987 and dress up in their very best parachute pants, miniskirts, spandex, and maybe a few headbands and keyboard neckties — all of this for only a loonie. Special admission price aside, this is no big deal. Everyone skates at the Oval — 40,000 every year. 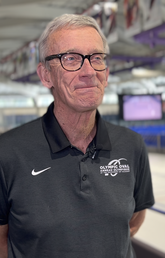 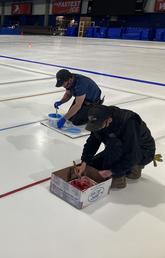 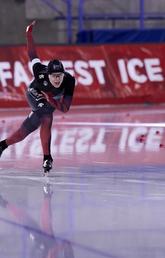 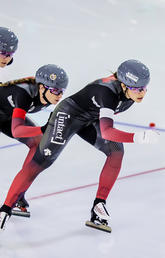 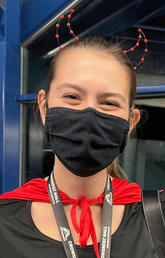 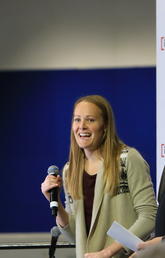