Opinion: We must support the value of diversity in our society

Janaka Ruwanpura says diversity is a valuable element in our society.

The topic of diversity has garnered a great deal of attention recently, and is something I deal with on a personal level and in my role as the Vice-Provost International at the University of Calgary. I have valued diversity since my childhood, a time when I didn't know the meaning of the word but experienced it often. My Sri Lankan heritage, customs and traditions, passed on from one generation to the next, are intertwined with day-to-day life of the island’s four ethnic groups and their religions. I learned about diversity through my Sri Lankan roots, as a part of the Sinhalese Buddhist majority, respecting minority ethnic groups and religions at school, university and beyond.

I have been living in Calgary for 20 years, now home to more than 1.3 million people. We are a diverse community – 28.1 per cent of Calgarians are foreign-born, and close to 150 languages are spoken. To help better align with community needs, the University of Calgary established the Office of Equity, Diversity and Inclusion to advance the core values of collaboration, communication, support, and excellence. Additionally, University of Calgary’s International Strategy (2013) and Global Engagement Plan (2020) aim to increase the diversity of the campus communities. Our campus is truly diverse; currently 14.2 per cent of our students come from 139 countries.  Approximately 50 per cent of our academic staff have trained in a foreign country, and 38 per cent of our academic staff were born outside of Canada.

As a former Canada Research Chair, my research team included Canadian and international students, and postdoctoral fellows from all over the world, representing many ethnicities and religions. The group was also diverse in gender, language, age and sexual orientation. The key to our success was social gatherings to learn about various cultures and heritages within the group, and it helped the students to adapt to the first few months in Calgary.

In my current role, I have expanded the University of Calgary International (UCI) office to support our International Strategy. My team is again diverse and includes members from different races, genders, ages, religions, languages and sexual orientations. It is this diversity that contributes to our success. It is imperative to have language skills to communicate with our partners from around the world. Languages spoken within our group have included French, German, Mandarin, Cantonese, Japanese, Tamil, Sinhala, Arabic, Spanish, Greek, Hindi, Urdu and Swahili, and this allows us to connect broadly.

We have also implemented Country Days at the University of Calgary, in collaboration with local consulates and diasporic communities. We have organized Chinese, Mexican, German, Japanese and American events. Country Days have increased intercultural awareness for the UCalgary community and celebrated the university's milestones with these countries. With the Consulate General Office of the People's Republic of China in Calgary, UCI hosted many cultural, musical, social and research events as part of China Days. Mexico days included arts, film, gastronomy, research and culture. The first USA Day featured a keynote speaker from NASA. Most recently, UCI supported virtual Diwali and Holi events with Indian students and community. These demonstrated the ability to collaborate with many diverse groups and stakeholders. With the rise in nationalism and protectionism proliferating worldwide, we must play a strategic role in upholding and advancing internationalization, global engagement and the value of diversity in society.

Professor Janaka Ruwanpura is the Vice-Provost and Associate Vice-President Research (International) of the University of Calgary. 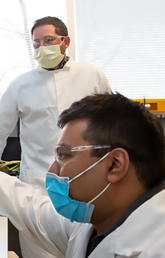 How UCalgary is advancing Calgary’s economy, communities and health 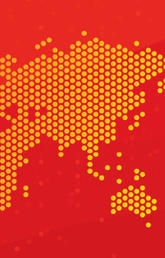 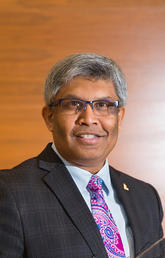 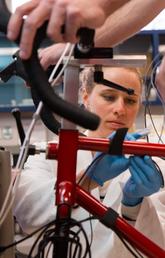 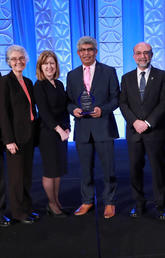