With a new school year barely underway, it's tough to imagine that some students may be wondering where their next meal will come from.

Statistics, however, show food insecurity among UCalgary students skyrocketed during the pandemic and that student-run clubs that address such issues, are bracing for an increase in demand.

Back in 2019, when newly arrived law student Isabelle Reynolds took part in Clubs Day (this year it’s Sept. 19-23 in Mac Hall), she listened to a group called Students for Direct Action that had a subcommittee focused on food insecurity. Having completed an undergrad degree at Dalhousie University, Reynolds was familiar with its student-run food co-op program and wanted to spearhead a similar version at UCalgary.

“But it flopped,” confesses Reynolds, who is now in her third year and outreach co-ordinator for the club, Food Justice Now. “I have to admit, we spent the first year in a lot of meetings that didn’t go anywhere. But last year (September 2021) we decided to scrap the co-op idea and just respond to the problem which COVID was exacerbating . . . students were hungry.”

Armed with a sharper focus and two much-needed grants, Food Justice Now was able to offer one free monthly lunch in the 2021-22 school year, feeding about 850 students in total.

The club’s core group of 10 volunteers swells to about 30 when provisions have to be purchased (mostly at Freestone Produce, a discount grocery store in northeast Calgary) or cooked (at the Red & White Club’s kitchen behind McMahon Stadium) or schlepped over to Science B where bowls of dal makhani or lentil soup or sandwich wraps are distributed over lunch hour.

A free monthly lunch is distributed in Mac Hall.

But — just how critical is food insecurity on university campuses?

In October 2021, a national charity, Meal Exchange, conducted a survey of 13 Canadian universities, collecting data on food insecurity from 6,167 students. Survey findings reported that, in the fall of 2021, some 56.8 per cent of respondents faced some level of food insecurity, a jump from the 41.7 per cent recorded in 2020.

According to Meal Exchange, moderate food insecurity at UCalgary jumped from 47.4 per cent in 2020 to 66.1 per cent in 2021. And those numbers climbed even higher for Indigenous, LGBTQ2S+ and international students.

“We all know that COVID-19 has been hard on students, from mental-health issues to our eating habits. But these numbers were shocking,” says Reynolds. “Students cannot live on ramen alone.”

Besides the rising cost of food, students also want healthy and culturally appropriate food that is not always available from SU’s beloved Student Food Bank, says Reynolds. Despite the fewer number of students on campus last year due to the pandemic-required shift to online learning, the Food Bank still provided 139 hampers (107 went to grad students while 29 fed undergrads and the rest gave a respite to non-students) during the winter semester, with an annual total of 227 hampers. Of all groups on campus, international students used the service the most. While not all dietary requests can be met, Michael Brown, communications specialist with the Students’ Union, explains that cash donations to the Food Bank are used to buy perishables like eggs, dairy, fruits, and veggies so that all food groups are present in each hamper.

Nobody is less shocked, but just as disturbed, than Lourdes Juan, BGS’05, MEDes’10, founder of the Leftovers Foundation and Fresh Routes, the mobile grocery store that began delivering cheap but nutritious and culturally diverse produce just months before COVID-19 began to have its impact on UCalgary. With fewer students on campus, Fresh Routes halted its weekly UCalgary stop and began door-to-door deliveries in 2020 but still managed to supply more than $75,000 worth of food through its Emergency Delivery Program.

“But we’re coming back to campus,” says Juan. “Beginning in September, you’ll see us once a week with 30 to 35 produce items that are 25 to 45 per cent below market value.”

As for the future of Food Justice Now, Reynolds hopes they can feed more students in 2022 and that they find a kitchen closer to main campus for food prep.

“The bigger dream is if students were no longer hungry and so we ceased operations altogether,” she says. “But, sadly, I don’t see that happening soon.”

Food Justice Now is just one example of the hundreds of student clubs at UCalgary. For many, university years are the most fun and formative time of life. It’s an age of self-realization, when people claim possession of their identities.

With a roster of more than 300 clubs, UCalgary’s Students’ Union says there’s an option for every type of student. Want to test your chops in comedy? Join the Improv Club. Care about sustainability issues? There are dozens of clubs in this area. Want to learn to fix your bike? Bike Root is for you. Want to rock out on stage? Check out the GIG Club.

Whatever you’re into — from bioethics to origami — chances are a UCalgary club exists. And, if you see a gap, you can start your own. Discover more about student clubs. 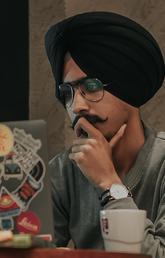 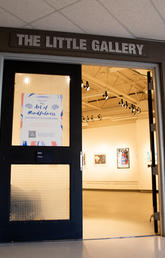 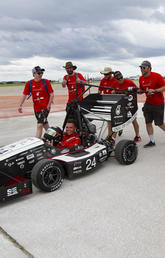 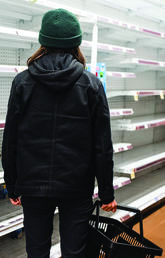 All You Can’t Eat