The tale of Astro, an injured rescue dog

Thousands of homeless animals are admitted each year to rescue shelters such as the Alberta Animal Rescue Crew Society (AARCS). Many of these animals require intensive care and treatment after experiencing physical trauma.

An alumna from the University of Calgary Faculty of Veterinary Medicine (UCVM) has taken her involvement one step further by not only nursing one grateful pooch back to health, but also giving him a forever home.

During their fourth year, Doctor of Veterinary Medicine students at UCalgary get hands-on experience at AARCS by participating in a two-week rotation where they focus on medicine for one week and surgical practices the next week.

During one such rotation for Dr. Stephanie Parth, DVM’22, a medium-sized dog, likely a Newfoundland/Labrador cross, came in with fresh, deep fight wounds on his front and hind legs. Parth’s responsibility was to assess him after initial intake alongside her classmate Dr. Brock Chappell, BSc’15, BedP’17, DVM’22. After they had completed their initial physical assessment, which included sedation, cleaning, exploring and bandaging wounds, and prescribing a pain-control regimen, they took primary responsibility on the case.

Along the way, “Dr. Parth fell in love with Astro,” says Dr. Rebecca Jackson, DVM, Parth’s instructor at the time. “It all started with him coming in with not-so-great wounds and leaving neutered with healed wounds and a new home with a new veterinarian.”

Parth quickly forged a bond with Astro and found herself spending a lot of her off hours with him. “He was such a sweet boy to treat that I took him home to Edmonton for Easter weekend and most nights after my AARCS rotation,” Parth says. “I took him home to lessen the treatment burden on the AARCS clinic, but I also thoroughly enjoyed his company.”

With plans to launch her vet med career in early July as a mixed animal veterinarian in Dawson Creek, B.C., Parth had already made plans to adopt a pet when moving there, but was waiting for the right opportunity.

“He was an easygoing dog, which was exactly the type of companion I needed when I started my job up north,” she says. “Though I am a veterinarian and see multitudes of pets and rescues, there was something that felt right about him being in my life.”

After finishing her studies and coming back from travelling, Parth went through the process of adopting Astro.

Astro is one of the lucky ones, as pet overpopulation is straining shelters to their limit.

“Our shelters are very full after COVID-19. Local shelters have been at capacity and are unable to accept new dogs and cats,” says Jackson. “Certainly, animal overpopulation leads to poor care. We all have a responsibility to spay and neuter our pets.

"Now, more than ever, consider adopting a shelter animal before going to a breeder."

“I hope Astro has a long, healthy and exciting life being my dog,” says Parth. “Due to his good nature and desire to be always by my side, I see him joining me for all sorts of adventures including late-night emergencies on call, camping, outdoor climbing and hiking. So far, he has dealt with all these scenarios like a champ.”

Visit the AARCS website to learn more about how you can foster or adopt rescue animals, donate or volunteer at the shelter. 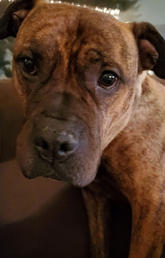 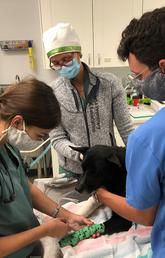 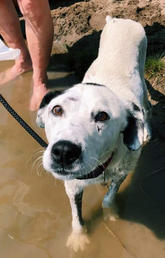 Saving Smudge: Critically injured dog found in a ditch gets a second chance 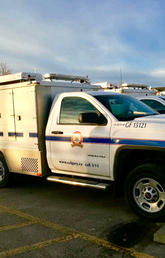 Dog bites happen every day, often to children, but urban pet policies can help prevent them 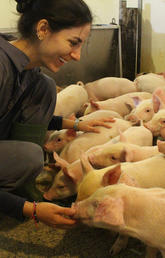 Researchers make their own kind of music for animals 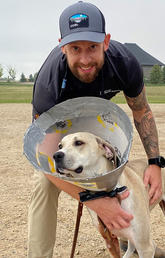