Grassroots activists must consider the personal costs of digital campaigns

Widespread use of social media has made it easier to mobilize collective action, yet citizen activists struggle to navigate these digital tools and increasingly report feeling burned out. Our research on grassroots digital activism in Canada has revealed some of the strategies organizers employ when dealing with the technological, interactional and personal barriers of digital activism.

People’s use of social media for activist purposes clashes with the commercial goals of these platforms. For example, as these platforms prioritize popular and recent content, activist messages have to be constantly updated and liked or shared in order to remain visible to wider audiences. This places the burden to adapt upon activists, who must make the best of these tools within the constraints set by the platforms’ algorithms.

Social media can enhance activist communication at the cost of loss of control over the message. This matters in collective action, because a clearly communicated set of demands and complaints is essential to obtaining political recognition.

During the 2014 teachers’ strike in British Columbia, three parents came up with the idea of hosting playdates in front of the offices of members of the B.C. Legislative Assembly (MLAs). The parents wanted to pressure the provincial government to negotiate with teachers and end the strike. As they circulated the idea of #MLAPlaydates on social media, they reflected on the possibility of message dilution:

It’s not the traditional command and control. It’s like: here’s an idea, why don’t you play with it and see what you can do. You share, you pass on stuff.… So, it’s a different framework of activism.… It’s like beta testing, you don’t know where it’s going to fly.

Their solution was a form of “open-source activism,” which entailed monitoring social media to reinforce the message and prevent it from being co-opted, while inviting supporters to adapt and personalize this message.

Filter bubbles of like-minded people make it difficult for digital activists to get their messages outside of individual networks. Yet, some platforms are more public than others, using different algorithms to make content visible to their users.

Organizers of Alberta’s #SafeStampede wanted to call attention to the rape culture around the annual Calgary Stampede. They found that:

Facebook is far and away the best place to have actual discourse [around these issues], but again, you’re mostly talking to your own friends, so it does become a bit of a feedback loop.

To combat this barrier, organizers created public profiles on more open platforms like Twitter and Tumblr to breach the echo chamber effect.

On social media, visibility is often enabled by the newness and reactions a message receives. Activists need to constantly monitor how algorithms push content to the top of other users’ newsfeed. This pressures them to think and act like digital marketers, strategizing their message production and circulation.

The digital activists in our research spoke to the necessity of adapting to platform-specific practices, as well as the learning curve of understanding these practices in the first place.

You have to be careful of the algorithms, so if you’re posting too much, you’re not going to get as wide of an audience.… With Instagram, if you posted three or four really good pictures with good descriptions and hashtags a week, you’re going to get more of a response than if you’re posting like, you know, five times a day every day. So, you want to be kind of conscientious in what you’re posting, and how often.

Alongside algorithms, interaction on social media brings along its own challenges to digital activism.

For the #SafeStampede organizers, social media platforms helped them find each other through their existing networks. Online connections grew into face-to-face meetings and relationships, facilitating critical backstage efforts to their public social media campaign:

I don’t think anything exclusively happens on social media anymore. There needs to be a point where things transcend social media and you end up having real conversations with people and you build relationships.

Social media also opened the campaign up for abuse and trolling. This was also the experience of another gender-related movement, the Women’s March in Alberta. The organizers described how people searching terms like “transgender” and “pussy hat” launched a gender-biased calculated attack a few days before the march. To deal with the backlash, the organizers resorted to a strategy of “block, delete, report, repeat,” pointing out that:

It had to be done, and we just tried really hard not to let all of our time and emotional energy get sucked up by that.

The camaraderie built online and offline helped mitigate the toll of these confrontations. Still, online attacks and trolling can easily deplete the already scarce resources that citizen activists have at their disposal.

Burning out and dropping out

While our participants minimized the personal and professional costs of their digital activism during our conversations, they also spoke of burnout making long-term involvement unsustainable.

The emotional cost of trolls, backlash and hyper-aggression on social media was difficult for organizers to escape as social media tied their public names to their activism:

You attract negative comments on you … attract people who feel they have the right to attack you … I try not to think about this too much, having too much information out there leaves me open to potential stalkers, or people who want to harm me or my child.

Distancing one’s self, either from the movement or from the potential risks of your activities, seems to be the only possible strategy for organizers in these situations.

The citizen activists interviewed in our research employed various strategies to navigate barriers to digital activism. Here are some of their lessons for other activists:

While digital activism can be a crucial part of any successful campaign, activists needs to remain aware about the costs and limitations of social media. 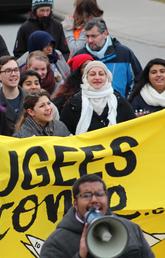 Class of 2019: Werklund PhD grad hopes to use her knowledge to create social change for marginalized populations 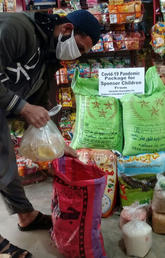 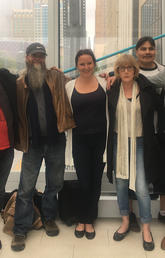 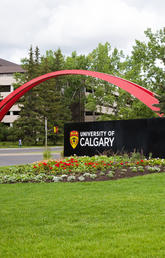