Flex Friday is brought to you by your VP Communications, Undergraduate Nursing Society to showcase the excellence of our undergraduate nursing students at UCalgary

Meet Joseph Ly, an incoming third-year transfer student. Joseph transitioned from Biological Sciences to Nursing in 2021, and he hasn’t looked back since. Here’s what he shared about his nursing journey so far.

Why nursing?
Joseph always wanted to work in the healthcare field. “Creating a foundation of giving creates a really important aspect in life,” he explained. “It makes me feel like I serve a purpose in this world. I like to be selfless and give back. That’s just my personality.”

When asked about his transfer from BioSci, Joseph said, “I found it was a really boring program. With science, there’s only so many opportunities to give back.” He shared that although pursuing medical school had originally been  on his mind, Joseph wasn’t sure whether it was the path for him. “Med students right now have been committed since high school,” he said. “For me and a lot of other people, we thought, ‘Oh, med might be an option,’ and then just chose science.”

Joseph shared that he met one of his biggest role models in high school, a current cardiac nurse and his volleyball coach at the time. “He went to U of C, the same high school as me, and he coaches volleyball on the side. He also volunteers for a lot of programs and does a lot outside of nursing.” Joseph explained that his previous coach embodies a lot of his values about giving back to the community, and is someone he looks up to.

What has your experience been as a male nursing student?
“I was super scared,” Joseph admitted.

“We all know that nurses are primarily women, but I think that’s starting to change – especially with this cohort. I feel like I have more guy friends than girl friends. It really makes me feel like I belong in this faculty.”

Joseph shared that even if there had been no other male students in the faculty, he’d still have enrolled in the program because of the positive example set by his coach.

How has school been for you?
“When you’re in the faculty that you want to learn about and want to be in for the future, that’s when you really engage with the subjects,” Joseph shared. “When I was in BioScience, I didn’t enjoy it at all. I was just there, just remembering concepts to perform for a test, and then forgetting about them,” he added. “With this faculty, I think I really belong here, and I know and like what I’m learning.”

When asked about the best things about the nursing faculty, Joseph said, “Everyone staying in the same cohort is great. It’s small, so you really do meet new friends.”

How was your experience learning online?
“For my focus community specifically, it was really hard,” Joseph said, “My focus was an Indigenous population, and it was really hard to reach out to them and find a good time to meet.”

In terms of learning, Joseph said that the in-person learning experience can be very powerful. “The big part is just being in an environment where everybody else is learning as well,” he said. “As for Zoom, you can slack off or go on your phone.” He said he’s excited to be in-person for Term 5, even while it’s expected to be one of the most challenging semesters of the program.

What were some of the best memories from school?
“For Term 4, we just overall had a really great clinical group,” Joseph shared. “Experience-wise, I developed really good relationships with the residents – one in particular.” Joseph felt that it was very difficult to say goodbye to his clients at the end of the term, but agreed that this was just a natural part of the therapeutic relationship you build as a nurse.

“It was my last day, and they said, ‘You actually made a difference in my day-to-day living. I wish you can come back and stay.’” Joseph said that it felt really good to know that working with his clients had made a true impact in their lives. “That’s just the foundation of nursing,” he shrugged.

What are the biggest challenges of nursing school?
Joseph shared that he’s a very disciplined person and managed his time very well during the school year. “I do a lot of extracurriculars, but I still managed to balance both,” he said.

When I asked him about any difficult memories from the year, Joseph said, “During one of the clinical days, one of the HCAs really thought I knew what I was doing – but really, it was only our second or third week of clinical. They basically just told me to do everything,” he admitted.

“I got a few residents up for the morning on my own,” Joseph said, “But I didn’t really know what I was doing. Because I have previous experience with personal care, I think I thought I could handle it.” Joseph learned that he should have asked for help during his placement, instead of trying to act outside his scope of practice. “I was a little too confident in myself, and I should have said something.”

You mentioned extracurriculars – what are you involved in?
“I play volleyball twice a week,” Joseph said. “And on the weekends, I’m a support worker in a respite-care role.” Joseph also works at a summer camp through an organization called Little Medical School, where he teaches human anatomy to children.

Outside of work, Joseph is involved with the Ultimate Para Sports Association, where he trains and helps people with physical disabilities ride bikes and adapt to a new way of cycling. He’s also very active, and was visiting the gym six times a week during school.

Tell me more about your respite job.
Joseph currently works a client with severe cerebral palsy, scoliosis, and developmental and cognitive delays. “He’s immobile and can’t really talk, but I’m pretty much there to create a better quality of life and provide comfort care.” He has been working in this role since before enrolling in nursing school, and his other duties include taking his client to meet with members of the Cerebral Palsy Alberta Association. “We would have music parties where I would grab drums and drum for them,” Joseph explained. “He’s also part of this baseball team for people with disabilities, and I help out with that, as well as taking him to his medical appointments.”

Joseph was also recently hired as an HCA on Unit 36 at Foothills. “It’s a medical teaching unit, which is basically a lot of really hard diagnoses,” he said. “If a patient has COVID, they’ll be admitted to the COVID unit. But if they also have COPD, a broken hip, and asthma, they get sent to us.”

He explained that it’s been immensely different compared to long-term care, and that the learning curve has been very steep: “You just do so much more on this unit,” he shared. “I’ve learned so much these past few weeks, that I really think it's going to be very beneficial moving towards Term 5.”

Due to the high patient admission from emergency and frequent transfer to ICU, Joseph said that there’s little opportunity to build therapeutic relationships. Regardless, his patients continue to be very grateful towards him. “That right there is another big reason why I feel nursing is right for me: Making a direct impact on someone's quality of life from my actions."

I was also able to ask Joseph about his work environment, and the culture of the unit. “I’ve made lots of friends with the nurses there too. Many of them graduated from U of C and gave me tips on how to succeed.” He felt that the staff have been super kind and supportive, and the experience has really solidified his decision about pursuing nursing.

While the unit can be very busy, those environments are where he believes he’ll thrive. “In the future of nursing, I do want to be involved in either cardiac, emergency, or ICU units.”

Why do you think you’re attracted to fast-paced environments?
“I don’t really like sitting around, doing nothing. I always like to be on the move.”

Joseph shared that between his previous coach’s work in cardiology, and his personal interest, the heart has especially fascinated him. “Being an active person, it’s really interesting to see how much of a difference you can make in developing your heart.” Joseph added that he’s seen his resting heart race decrease dramatically since beginning his fitness journey in January. “Right now I’m at 50 beats per minute,” he smiled.

In the future, Joseph also hopes to complete his Master’s in Nursing, and teach in order to impact later generations of students.

What do you wish more people knew before starting nursing?
“For incoming students, just make friends. This faculty is filled with a bunch of like-minded people, and you’re with the same people, in the same faculty, in the same classes,” Joseph said. “Just make friends and have fun!”

Best place to study on campus? "Definitely not the engineering lounge,” Joseph laughed. “TFDL, 4th floor.”
Favourite spot at MacHall? “Bakechef.”
Plans for the summer? “I’m going back to Vancouver, working, and hanging out with friends.”

“‘Don’t worry about action, worry about inaction.’ This is a quote from Winston Churchill that I stand by a lot."

Thanks so much Joseph! 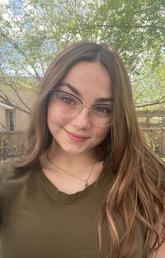