Under normal circumstances, some of Canada’s top engineering students would have converged on the University of New Brunswick at the end of February for the annual Canadian Engineering Competition (CEC).

Just like so many other major events, the challenge was moved to the virtual world because of the COVID-19 pandemic. However, that didn’t mean teams weren’t excited to represent their schools on the national stage.

The Schulich School of Engineering at the University of Calgary sent six teams to the national competition after placing in the top two at the regional qualifiers in January. Of the eight categories students could qualify in, five featured Calgary contingents.

The categories of consulting, re-engineering, communications, and senior design each featured one Schulich team, while an inner-school battle saw two teams facing off in the programming competition.

When all was said and done, two teams finished atop the podium while a third finished in the top three.

The journey to the CEC podium in programming for Ewan May and his team — including Dylan Gordon, Antoine Bizon and Ross Bartlett — featured a few twists and turns.

“Our team also competed at the regionals in 2019 and received third place, thus ending our journey in that competition and making this year’s win that much more meaningful,” May said following the win at regionals.

“We then had to further optimize that usage to be more efficient and cheaper, while still implementing as many renewable sources as possible,” he said.

Adding to the pressure was that they were up against another Schulich team, featuring Nathan Darby, Spencer Comin, Jared Gillis and Andrew Gillis. While they didn’t come home with a victory, they still soaked in the experience.

“It was very fun to tackle each new challenge and we all learned a lot from each stage of the competition,” Darby said. “It gave us an opportunity to showcase the incredible quality of the hands-on learning that can be found at UCalgary and display the growing potential for tech in Calgary.”

The other championship team to come from UCalgary was in senior design. Adrian Keung, Samson Hua, Owen Klassen and Mason Kendell were initially challenged to design and prototype a tidal turbine that could harness tidal energy from the Bay of Fundy.

“However, that was only the first half,” Klassen said. “The rest of the challenge was to find a way to actually implement the design, and you had to consider everything.”

He said the team had to think about who would use the power, how the seafloor impacts installation and how the design would impact local wildlife, among other things.

“You had to consider how you would built it, maintain it and eventually decommission it,” Klassen said. “It was the second part of the challenge that our design really shone through from our research.”

Rounding out the top UCalgary performances was the team of Alexa Gee and Kaela Johnson, who came in third place in re-engineering.

Both teams say the experience of winning the competition is something they will never forget.

“It means the world to us, while still not having quite sunk in,” May said. “It’s hard to truly appreciate the nature of winning a national competition while still sitting in your kitchen.”

He says the work they put in before the competition, to become stronger and more efficient in their work, made the effort worthwhile.

“As a team, it was both an honour and a privilege to help represent the University of Calgary for this historical achievement,” Keung said. “Through innovation and incredible co-action and synergy within our team, we were able to create a design that was both feasible and easy-to-maintain.”

Dr. Mohammad Moshirpour, PhD, the new Schulich Chair in Engineering Teaching and software engineering Meng program director, says he was very excited about the accomplishments of the teams.

“Our engineering students are very talented and their success in these national competitions is a clear indication of that,” Moshirpour says. “We have a strong focus on hands-on learning and development in our program and that clearly shows in the quality of our students.”

May is also looking forward to passing along his experiences and mentoring other students through the UCalgary hackathon club: Hack Your Learning.

“We are excited to share the knowledge we get from this competition with other students at our school to help foster the next generation of hackers,” he concluded. 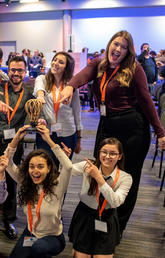 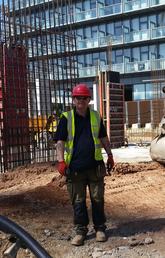 COVID-19 a lesson in resilience for engineering interns 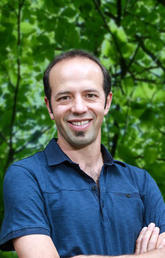 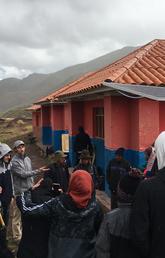 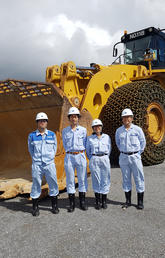